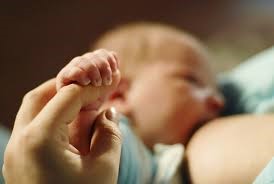 The colostrum is a specially designed food for the beginning of life. It has high content of proteins and low content of fat.

Also, the colostrum will administer a daily dose of antibodies which will help combat infections.

Little by little, the amount of proteins will decrease as the fat content increases, stimulating the liver and pancreas, which will start producing digestive juices.

The colostrum promotes the movements of the intestin, so it can get rid of the fecal matter of the newborn, known as meconium.

Taurin is the second most important aminoacid present in the breast milk and it is of outmost importance for the development of the nervous system.

The suction action for breastfeeding is a big effort for the child’s face and jaw muscles. This helps develop the facial bones that are underdeveloped during pregnancy, giving the necessary room for the teeth, which will grow later on.

Breastfeeding has the added benefit of creating a moment of touch and feeling another human being. It creates a symbiosis between the mother and the newborn. The mother offers the much needed food for development and reference points the baby had inside the womb.

The baby, by sucking, helps the mother have contractions on the uterus, so it returns to its normal size and position, lowering the risk of infection.

The milk production and composition also during the day: it’s more stimulating and quantity during the morning, gets reduced during the day and increases again during the night, changing into components that help the baby relax.

The breast milk is more watery at the beginning of the take and contains more mineral salts and protein, and afterwards, becomes more fatty and thick.

All this makes it very important that the baby empties first a breast before starting with the other. This also emits a signal to the pituitary gland so it produces more milk on that empty breast.

On the other hand, mother who, for different reasons, bottle-feed their children, can help them in different manners:

Recreating the same environment than when breastfeeding, changing sides position when he/she has had half the bottle (helps develop both sides of the body and vision too)

The bottle nipple has to be vacuum suction based. If you don’t have access to this kind, the hole has to be very small. This way we support the same effort the baby has to make when breastfeeding, which in term will help with the facial muscles and bones.

I’ll leave a link to a vacuum suction based nipple: Many times, we think the children behave, act, think and are attracted to specific things that we consider childish (colors, lights, music and sounds, cartoons…) whereas that is just our prejudices and assumptions the adult makes about the children. We …

My mantra, an out of control adult will never be able to regulate an unregulated child. The adult will be in control always, of him/herself, his/her actions and reactions. I am the adult. I set the limits, and not just …

Grace is a concept related to the movement, saving unnecessary movements to take an action. This is a natural behavior that comes from the inner self of the man and allows him/her to act in the most efficient way. It …